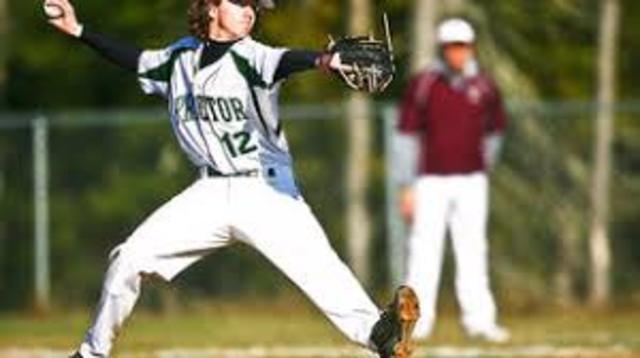 After graduating from Proctor in 2012, Lewis played baseball for the University of Wisconsin-Superior from 2013-16. He earned an all-conference academic award in 2013 and all-conference honorable mention in 2016. He also earned the UW-Superior team award for pitcher of the year in 2016.

In his adult amateur career, which began in 2011, Lewis has two team MVP and three team pitcher of the year awards for the Lake Superior Sea Dogs. He is 20-15 with a 2.96 ERA in 276.1 career innings pitched for the Sea Dogs. Most recently, he broke the club's single-game record for strikeouts when he fanned 18 batters on June 2, 2019.

He is a teacher at North Star Academy in Duluth.

Nominations for the Early Years and Golden Days Eras will be accepted until September 1, 2019. The nomination form can be found here.