Justin Scanlon has been elected to the Proctor Baseball Hall of Fame. Chosen by the 2022 Rails baseball team's seniors, he is the fourth of the one-a-year 21st-century players to gain induction.

He was Proctor's first All-State player, and he was also the Rails' first player to be selected for the Lions All-Star Series, now called the Play Ball! Minnesota All-Star Series. He received both honors following his senior season of 2011. 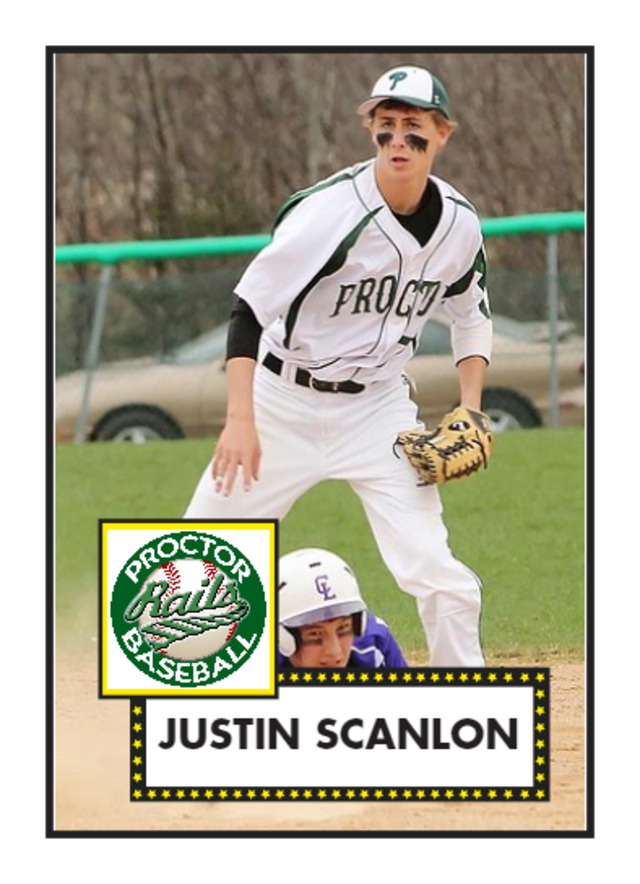 Scanlon was named All-Lake Superior Conference First Team in 2011 and Second Team in 2010. He was also named to the Duluth News Tribune All-Area Team in 2011.

He played in two state tournaments while in a Proctor uniform: VFW in 2009 and PHS in 2011.

He played baseball for Mesabi Range Community and Technical College in 2013, where he joined fellow Proctor alumni Pat Everson, Jesse Scanlon, and Ryan McCarthy on the Norsemen squad.