Proctor Baseball held its first alumni game at Terry Egerdahl Memorial Field on Saturday, May 7, 2016. The game was played in honor of the 40th anniversary of Proctor's 1976 team, the first Rails baseball team to play in the state tournament. Twenty-six former Rails participated. Representing the 1976 team, Ken Elnes, class of 1976, played for the Grays, and Dale Nikko, class of 1978, was the umpire.

The batteries were Nikko (win), B. Nelson, Schubert, Oachs, Wojtysiak (save) and Scherber for the Grays; Gales (loss), Dolsen, A. Bush, Cotrell and Schubitzke for the Greens.

Another alum in attendance was Jason Malec, class of 1980.

The Rails coaching staff, which includes three alumni (Wojtysiak, A. Bush, Scherber), expresses a heartfelt thank you to all of the participants and fans who made this first alumni game a success and a dream come true. The game was a trial run and judging by the number of participants and fans and by the enjoyment shared by all, the prospects of making it an annual event are good. 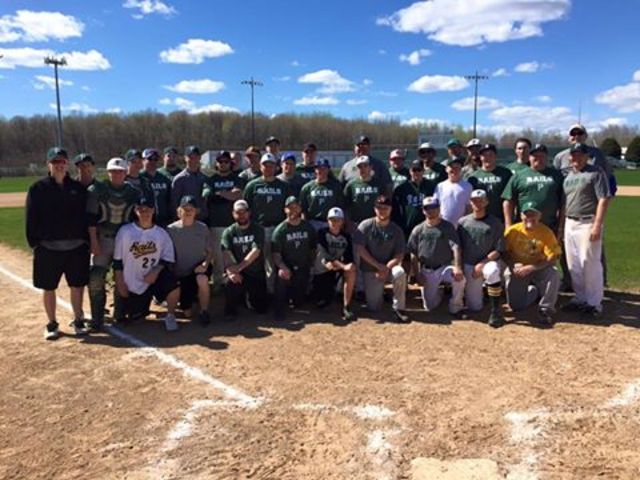