PROCTOR -- Pitcher Dale Nikko has been elected to the Proctor Baseball Hall of Fame by the Modern Baseball Era Committee. He joins 21st-century inductee Ryan McCarthy in the Hall of Fame Class of 2021.

The Modern Baseball Era Committee considered a ballot of players and coaches whose contributions to the game were most significant from 1970-90.

Nikko played four years of varsity baseball for Proctor from 1975-78. He compiled a 20-13 win-loss record, a 1.60 earned run average, and 263 strikeouts over 232.0 innings pitched. He is Proctor's record holder for career pitching appearances, innings pitched, complete games, and strikeouts. His school record for career wins lasted 34 years until broken by Jake Lewis in 2012. His career innings pitched total was third in state records behind New Ulm's Bill Dittrich (281.1 from 1968-71) and Shakopee's George Lill (243.0 from 1957-60) and remained in the top ten until 2019. 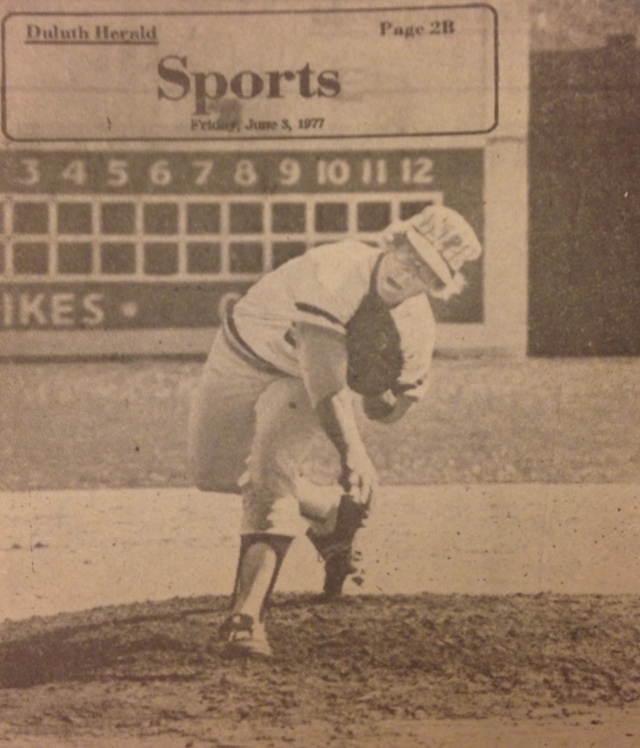 He is credited with career marks of 38 pitching appearances and 21 complete games. Both are school records as they stand but he may have had more; the 1975 season's statistics are incomplete. His career complete games tally is tied for ninth in state records. He is the only player in school history to amass more than 200 innings pitched, ditto for strikeouts.

Proctor advanced to its first state tournament appearance in his sophomore season of 1976. He pitched every inning of the Rails' five-game playoffs run that year, including shutouts against Virginia for the Sub-Region 3 championship and Grand Rapids in the Region 7AA semifinals. He pitched the Region 7AA championship game, a 2-1 victory over Duluth Denfeld, on zero days rest. His start in the then-single-elimination state tournament resulted in a 2-0 loss to Little Falls at Wadena.

He posted a 10-1 record in 1977 as Proctor won its first Lake Superior Conference championship and repeated as Sub-Region 3 champions. His lone loss occurred in the Region 7AA semifinals, by a 3-2 score in nine innings against Cambridge.

The Rails took the Sub-Region 2 title in his senior year, 1978. He earned the win in that game, a 5-1 victory over Duluth Central. After classmate Mike Grover's pitching and hitting put Proctor past Hibbing in the Region 7AA semifinals, Nikko got one last chance to pitch the Rails into another state tournament berth but lost to Grand Rapids, 2-1.

Nikko went on to pitch for the University of Minnesota Duluth, where he posted an 8-4 career win-loss record with a 3.77 ERA. He was one of five former Rails playing for the Bulldogs in 1983.

He played town ball for the Proctor Padres in the 1980s and was a long-time Proctor Little League and American Legion coach.

The 2021 Hall of Fame induction ceremony will occur at the 2021 Proctor Baseball Banquet. It will be a doubleheader ceremony that will also include the inagural Hall of Fame Class of 2020 as there was no banquet this year.